Our wooden letter sets each contain one complete alphabet, along with a extra vowels and frequently used letters to make it easier to spell out words. The letters are from 3cm to 5cm high. There are two sets – Lower-Case letters and Capital letters.

Our Our wooden letter sets alphabets have many uses. Why not order a few and save?

The importance of touch in learning

We know that tactile (touch) and kinesthetic (physical resistance) feedback are two of the primary ways infants learn about the world around them. Many early years educators believe in the importance of incorporating touch into their curriculum and learning environment.

Maria Montessori, the creator of the Montessori method, believed that “the hand is the chief teacher of the child”. The Montessori method incorporates touch whenever possible in learning more abstract concepts such as letter shapes, numbers, and basic maths concepts.

Try creating games with our wooden letters. Here’s one idea: Give each child a letter to hold in their hands or in a feely bag and instruct them not to look at it, but to feel it. Then you can take the letters back and show them an alphabet. Can they find their letter in the alphabet? Be selective in the letters you use for this game! It could be very difficult for a child to know whether they are touching a “b” or a “p” – try letters like “u”, “c”, “e” or “s”.

Another game idea: put a selection of letters into a feely bag. Show the children a simple written word, such as “cat”. Have them take turns trying to find the letters in the bag by touch (Get your feely bags from the Early Years Shop).

Working with letters (rather than just trying to write them) is also a great way to learn about letter shapes and their use creating sounds and words. Here’s a great creative activity to get them involved. Have each child pick an animal. Write the animal name down for them and demonstrate to them how the letters make the sounds of the animals name. Then have them find the wooden letters to match and glue them onto a piece of heavy card. They can then draw the animal as well. Put up all the children’s art projects and look at each one, read out the animal names and show them once again how the letters make the sounds that make up the animal name.

A pangram is a sentence that uses every letter in the alphabet. You could create one or two pangrams by gluing wooden letters to stiff board and painting them. Children find these silly sentences fun and they are another way of thinking about the letters in the alphabet and the sound they make. Here are a few pangrams, starting with the one you probably know already:

The quick brown fox jumps over a lazy dog.

Who packed five dozen old quart jugs in my box?

Amazingly few discotheques provide jukeboxes.
(this one is our favourite though it might be a little hard for younger children to understand!) 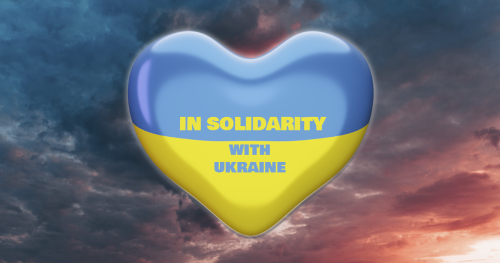 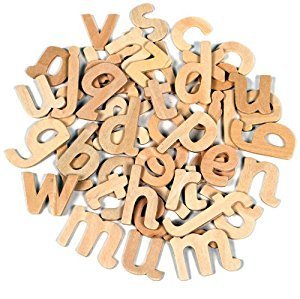